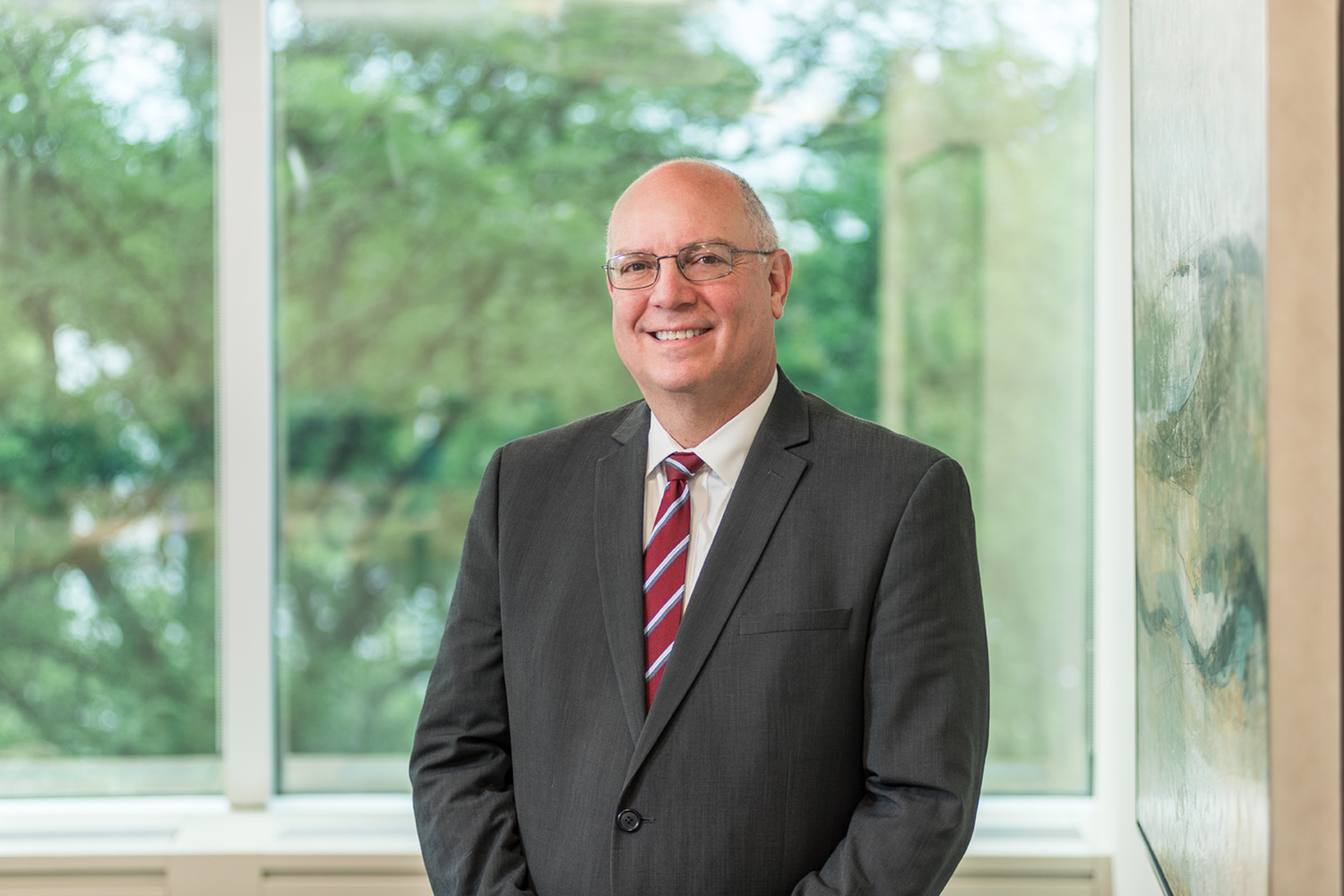 Anthony S. Guardino is experienced with a broad range of land use and zoning matters, such as applications for change of zone, variances, special permits, subdivision, and site plan approval. Anthony regularly appears before municipal boards and represents a number of national retailers and restaurants, as well as several of the region’s largest retail, residential, office and industrial developers. He writes a land use column for the New York Law Journal.

Anthony serves as counsel to the villages of Huntington Bay and Old Field, providing advice to their boards of trustees, planning boards, and zoning boards, as well as special counsel to several Long Island towns and villages and to two fire districts.

Over the years, Anthony has successfully litigated a number of land-use related cases at both trial and appellate levels. Many of those cases involved challenges to decisions by municipal boards, as well as claims under the State Environmental Quality Review Act (SEQRA), adverse possession or other title issues.

Prior to joining Farrell Fritz, Anthony was a land-use planner with a New York City-based development consulting firm and a research assistant to Professor James A. Kushner, a leading author and commentator in the area of land use law.

Applications by wireless service providers to construct cell towers, and opposition to those applications, are governed by the Telecommunications Act…

Judges, Recusals, and Zoning Disputes: What the Ethics Opinions Say

The Advisory Committee on Judicial Ethics provides ethics advice to New York judges, justices and quasi-judicial officials about their own…

Tribal Fishing Rights on Trial in the Second Circuit

In late August, the U.S. Court of Appeals for the Second Circuit issued a decision that may have significant implications…

The Long Island Sound is one of the gems of New York State, recognized for its beauty, for its peacefulness,…

On April 21, the U.S. Supreme Court issued its decision in City of Austin v. Reagan National Advertising of Austin,…

Court of Appeals To Focus on ‘Prior Nonconforming Uses’

Area Variances as a Special Use Permit ‘Workaround’

Thirty years ago, in 1992, the New York Legislature enacted legislation that included new Town Law §274-b, defining and governing…

Housing To Take Center Stage In Wave of ‘Repurposings’

Retail malls, large shopping centers, office towers and industrial parks are at a crossroads. The shutdowns, lockdowns and other restrictions…

Countless business owners, entrepreneurs, and individuals in New York celebrated the state’s passage in late March of the Marijuana Regulation…

The U.S. Supreme Court does not take many land use-related cases. On June 28, however, it granted the petition for…

New York and federal law both set forth rules respecting Native American tribes. For instance, Section 2 of the New…

Cluster Zoning Is a Win-Win for Municipalities and Developers

A view held by some opponents of property development is that construction of commercial, industrial, or residential properties is by…

Given the widespread budgetary concerns facing local governments across the state brought on by the COVID-19 pandemic, many of them…

New York is a “home rule” state, which means that zoning and other land use decisions typically are made at…

COVID-19’s Impact on Land Use and Development in NY

The novel coronavirus has had a crippling affect on virtually every aspect of our lives and livelihoods. We all are…

In New York, liability for injuries sustained as a result of the negligent maintenance of, or the existence of dangerous…

Several years after the July 1, 1992 effective date of amendments to the New York State Town Law establishing a…

What’s the Use of Applying For Use Variances?

New York’s Town Law, Village Law, and General City Law all permit property owners to apply for area and use…

Local Gov’t Takes a Hit Under Proposal to Legalize Marijuana

When Can Land Use Applicants Challenge Pass-Through Fees?

SCOTUS May Alter Process for ‘Takings’ Claims Against Govt’s

When local governments fail to meet all of the requirements of the State Environmental Quality Review Act, courts will reject…

A zoning regulation that is not adopted in accordance with a comprehensive plan is vulnerable to a court challenge. One…

The Appellate Division, Third Department, recently issued a decision rejecting a public school’s contention that it was not subject to…

The U.S. District Court for the Southern District of New York has decided that several laws passed by the upstate…

The Appellate Division, First Department, has issued a significant decision in a case involving the proposed conversion of an interior…

Recreation Districts and the Legacy of ‘Bonnie Briar’

After more than two decades, litigation over New York City’s efforts to use its zoning powers to regulate adult bookstores…

Arrested Development? After years of defeating development, could LI be the ‘Land of No’ no longer?

Anthony Guardino, practicing partner in Land Use, Municipal and Environmental law was quoted in this article from Long Island Business…

Rezoning decisions that are carefully thought out and well-reasoned are unlikely to be reversed as “spot zoning,” New York court…

A court decision upholds what has long been understood to be the rule: Residential developments are eligible to receive IDA…

Exhaustion of Remedies Is Often Key to Seeking Relief

In New York, it is well settled that the doctrine of exhaustion of administrative remedies requires that where a remedy…

When a Municipality Makes a Mistake

Estoppel is rarely applied against a local government, which allows zoning and other kinds of errors to be corrected. Local…

Guidelines for Evaluating Standing in Land Use Cases

A recent decision by the New York Court of Appeals helps to clarify the “special injury” requirement of standing. Twenty-five…

On March 31, the New York Court of Appeals issued its decision in Ranco Sand and Stone Corp v. Vecchio.[1]…

When Should Board Members Recuse Themselves?

Landmark preservation law is now well- established throughout New York City and the state of New York, as well as…

Ruling Against Sign Code Has Implications for New York

The Public Trust Doctrine Is Brought Into Focus

Obligations May Continue Even After SEQRA Approval

Reprinted with permission from the March 25, 2015 edition of the New York Law JOURNAL © 2014 ALM Media Properties,…

Decision May Signal End of Fracking Before It Digs In

Reprinted with permission from the March 26, 2014 edition of the NEW YORK LAW JOURNAL © 2014 ALM Media Properties,…

Zoning & Land Use Planning: Adverse Possession of a Government’s Property

Zoning & Land Use Planning: When Conflicts Mandate Recusal of Board Members

Zoning & Land Use Planning: The Regulation of Wind Farms and Windmills in New York

Zoning & Land Use Planning: Courts Differ on Statutes of Limitations in Referral Cases

Zoning & Land Use Planning: Alternatives for Adult Uses Required When Town is Sued

Zoning & Land Use Planning: Organizational Standing: A Broad View from the Third Department?

Zoning & Land Use Planning: Adverse Possession: Test in New Law Is "All About Good Faith"

Zoning & Land Use Planning: Use It or Lose It – Timely Action is Needed to Preserve Vested Rights

Zoning & Land Use – When Government Fails to Act: Courts May Offer Relief to Some Developers

Zoning and Land Use: Effects of Prior Precedent on Zoning Decisions

Zoning and Land Use: Training for Planning and Zoning Board Members

Zoning & Land Use: Separating the Planning and Zoning Processes

Zoning and Land Use: On the Waterfront

Zoning & Land Use: The ‘Day of Decision’ Rule

Zoning & Land Use: Use Variances

Proceeding With Caution After Negative Declarations

Two Methods Stand Out in Review of Nonconforming Uses

Standing Requires More Than Interest of Public at Large

Notice of Zoning and Planning Decisions Weak Under Current Scheme

Riparian rights have played an important role in the history and development of Long Island. They also have a long…

Anthony Guardino was quoted in a recent Newsday article regarding the redevelopment of the Sun Vet Mall. “As evidenced by…

Tribal Fishing Rights on Trial in the Second Circuit

Huntington Bay Village attorney Anthony S. Guardino stated in a letter to town officials that the town is confusing ownership rights with jurisdiction…

Aldi, Planet Fitness and a self-storage facility are among the proposed tenants in the planned redevelopment of North Babylon Plaza, which…

For Whom Ma Bell Tolls: Church Cell-Phone Tower Gets Static From Locals

Farrell Fritz attorneys Anthony S. Guardino and Erin A. Sidaras have recently been appointed to the board of Touro Law…

Charlotte Biblow, a partner at Rivkin Radler since 1986, will join Farrell Fritz as a partner on Monday, January 13,…