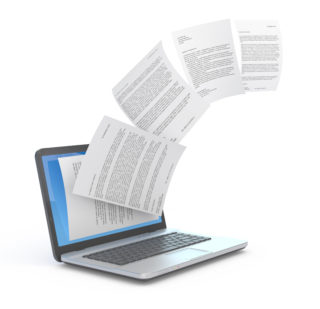 CPLR 3211(a)(1) allows a defendant to seek dismissal of a complaint when the defense is “founded upon documentary evidence.” “Documentary evidence”, however, is not defined by the CPLR – leaving many practitioners in the dark as to what qualifies as a sufficient “document” under this paragraph.  Indeed, in a recent blog, we highlighted a case involving whether a termination letter sent by the lawyer was sufficient.

That begs the question – what qualifies as documentary evidence under CPLR 3211(a)(1)? New York courts have held that judicial records and documents such as notes, mortgages, and deeds rise to the level of “documentary.” But what about contracts? In Hoeg Corp. v Peebles Corp., the Second Department recently affirmed that contracts can indeed attain the rank of “documentary evidence” under certain circumstances.

In reaching its conclusion, the Court examined the parties’ written retainer agreement and found that the agreement was “comprehensive in its scope and coverage” that constituted a complete written instrument. Accordingly, the Court held that the parol evidence rule bars any evidence concerning the alleged prior oral agreement. For this reason, the Court ruled that the parties’ contract “conclusively disposed of the plaintiff’s claim alleging breach of the purported oral joint venture agreement.”

The careful practitioner should be aware of the limited utility of CPLR 3211(a)(1) and be armed with the right evidence before relying solely on the “documentary evidence” ground. Otherwise, it might be wise for a practitioner to invoke CPLR 3211(a)(7) as a ground for dismissal as well.